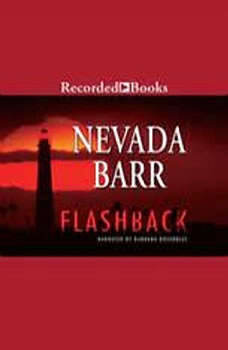 When Sheriff Paul Davidson proposes marriage to Anna Pigeon, he doesn’t get the reaction a man might hope for. Intrepid park ranger Anna runs all the way to the furthest scrape of American ground not found in Alaska or Hawaii. How’s that for a no? Anna takes a new post as temporary supervisory ranger in Dry Tortugas National Park, 70 miles off Key West. Dry Tortugas is the site of the former prison for Lincoln conspirators during and after the Civil War. One of the seven islands in the chain is completely encircled by the massive stone walls of Fort Jefferson, a crumbling reminder of the site’s gritty past. Now, the park looks like an island paradise. But as Anna quickly discovers, even the most picturesque and seemingly peaceful places have more than their share of shady goings-on. An exploding boat, the discovery of unidentifiable body parts, and the emergence of secrets both past and present put Anna’s life in danger. Cut off from the modern world by poor communications and miles of water, she’s developing a nasty case of cabin fever, one that just might pry her fingers from their tenuous grip on sanity. Full of stunning scenery and packed with breathtaking suspense, Flashback is everything a mystery fan could ask for and more.