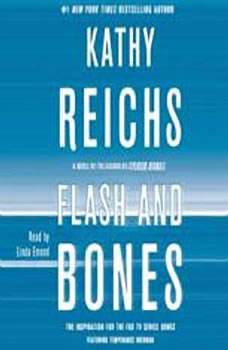 Narrator: To Be Announced

Kathy Reichs’s trademark blend of forensic descriptions that “chill to the bone” (Entertainment Weekly) and breathless suspense have made her books major bestsellers worldwide. Now, she delivers the fourteenth thriller in a “cleverly plotted and expertly maintained series” (The New York Times Book Review). A body is found in a barrel of asphalt next to Lowes Motor Speedway near Charlotte just as 200,000 fans are pouring into town for race week. The next day, a NASCAR crew member tells a devastating story. Twelve years earlier his sister, Cyndi Gamble, then a high school senior who wanted to be a professional racecar driver, disappeared along with her boyfriend, Cale Lovette. Lovette kept company with a group of right wing extremists known as the Patriot Posse. Is the body Cyndi’s? Or Cale’s? At the time of their disappearance, the FBI joined the investigation, but the search was quickly terminated. As Tempe is considering multiple theories, including an FBI cover-up, a surprising, secret substance is found with the body, leaving Tempe to wonder what exactly the government is up to….