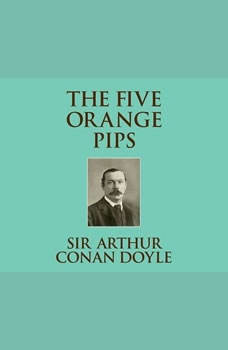 In The Five Orange Pips, a young Sussex gentleman named John Openshaw tells the strange story of his uncle Elias Openshaw, who came back to England after living in the United States as a planter in Florida and serving as a colonel in the Confederate Army. His uncle begins receiving threatening letters inscribed KKK and including five orange pips. He is killed shortly thereafter. The job of unraveling this sordid transatlantic mystery falls to Holmes and his trusty companion Dr. Watson. The fifth of the twelve stories in The Adventures of Sherlock Holmes, this is also one of only two Sherlock Holmes short stories where Holmes' client dies after seeking his help.