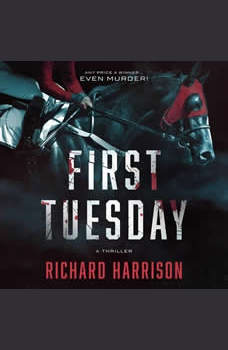 The stakes could not be higher.

When champion jockey Alan Da Silva is killed (the victim of a brutal hit and run in the Crown Casino car park), suspicion falls on ruthless casino boss Albert Maressmo.

But Da Silva had been booked to ride Maressmo’s own horse - ruling cup favourite Lord Melbery.

Would Maressmo have his own jockey killed on the eve of the race?

Detective Frank Dennis is charged with solving the mystery. A former jockey himself, Dennis already drinks and gambles more than he should. How will he cope immersed in a sordid casino environment, to say nothing of dealing with the various distractions of the turf?

Can Jack claim racing’s most glittering prize, with the help of his tomboy daughter Sally and stable apprentice Jerry Chapman?

You will love the many twists and turns of this gripping murder mystery, as the Melbourne Cup itself is run and our story reaches a thrilling and unexpected climax.

Get your copy now.