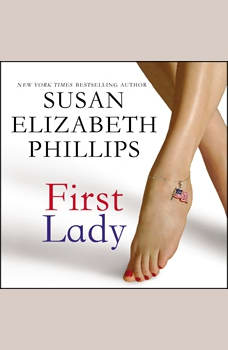 How does the most famous woman in the world hide in plain sight? The beautiful young widow of the President of the United States thought she was free of the White House, but circumstances have forced her back into the role of First Lady. Not for long, however, because she's made up her mind to escape -- if only for a few days -- so she can live the life of an ordinary person. All she needs is the perfect disguise . . . and she's just found it.

An entire nation is searching for her, but the First Lady is in the last place anybody would think to look: in the company of a man, an infuriatingly secretive and quietly seductive stranger whose charm, good looks, and sensuous appeal are awakening the forgotten woman within the dignitary. And with two adorable little orphaned girls in need of a family along for the ride, they're heading out across the heartland chasing their own American Dream -- on a wild journey of love, adventure, and glorious rebirth.