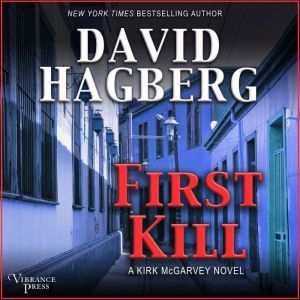 It is the beginning of Kirk McGarvey's career as a CIA black ops officer. Fresh out of the Air Force OSI, he receives his first assignment: assassinate a Chilean general known as the Butcher of Valparaiso, a monster who has tortured and killed more than one thousand dissidents at a soccer stadium in Valparaiso.

McGarvey manages to cross the border over the mountains from Argentina without being discovered, and even makes his way to the general's remote compound. But the odds are stacked against him. Chile's National Intelligence Agency, the ANI, has been warned of his approach and wants him to fail—and someone back home in Washington is working to make sure he does.

For this newly-minted assassin, killing the butcher is only the beginning.

At the Publisher's request, this title is being sold without Digital Rights Management Software (DRM) applied.