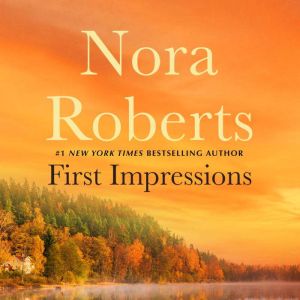 Overwhelmed by the neighborly attentions of the cheerful and vivacious “girl next door,” a man burned by love finds his passions reigniting in #1 New York Times bestselling author Nora Roberts’s First Impressions. Entrepreneur Vance Banning took a residence in rural Maryland to escape business pressures—and relationships with women pursuing his bank account. To the community, he’s a moody, out-of-work carpenter with a chip on his shoulder. To next door neighbor Shane Abbott, he’s just a man who needs a little kindness in his life. Vance’s suspicions of the stunning beauty’s intense interest in him start to fade when he realizes Shane’s compassion is honest and joyful—giving his heart permission to experience true love.