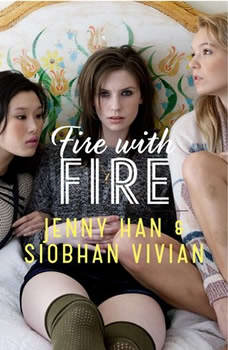 After the catastrophic events at the Homecoming Dance, at the end of "Burn for Burn", Lillia, Kat, and Mary come face to face with the consequences of their actions - Reeve in the hospital. While Lillia and Kat begin to have reservations about moving forward with their revenge, Mary becomes convinced Reeve needs to get what is coming to him, no matter what. And as they agreed, each revenge plot needs to be completed. Lillia will make Reeve fall in love with her and then break his heart, just like he broke Mary's. But spending so much time with Reeve, pretending to fall for him, Lillia finds she her fake feelings start feeling very real. And as devoted as the girls are to seeing this through, their friendship starts to sag under the weight of their secrets. Is revenge really worth all of this?