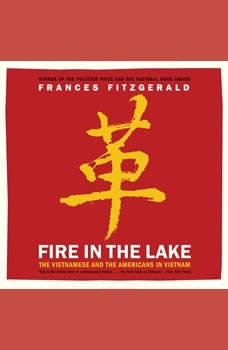 Fire in the Lake: The Vietnamese and the Americans in Vietnam

Frances FitzGerald's landmark history of Vietnam and the Vietnam War, "A compassionate and penetrating account of the collision of two societies that remain untranslatable to one another." (New York Times Book Review)This magisterial work, based on Frances FitzGerald's many years of research and travels, takes us inside the history of Vietnam--the traditional, ancestor-worshiping villages, the conflicts between Communists and anti-Communists, Catholics and Buddhists, generals

In Vietnam, Christopher Goscha tells the full history of Vietnam, from antiquity to the present day. Generations of emperors, rebels, priests, and colonizers left complicated legacies in this remarkable country. Periods of Chinese, French, and Japan...

The remarkable story of the heroic effort to save and preserve Afghanistan's wildlife-and a culture that derives immense pride and a sense of national identity from its natural landscape.Postwar Afghanistan is fragile, volatile, and perilous. It is...

A Brief History of Indonesia
by Tim Hannigan

Indonesia is by far the largest nation in Southeast Asia and has the fourth largest population in the world after the United States. Indonesian history and culture are especially relevant today as the Island nation is an emerging power in the region...

Indica: A Deep Natural History of the Indian Subcontinent
by Pranay Lal

Few places have been as influential as the Indian subcontinent in shaping the course of life on Earth. Yet its evolution has remained largely unchronicled. Indica: A Deep Natural History of the Indian Subcontinent fills this gap. From the oldest roc...

Love Poured Out for Viet Nam
by Trena Chellino

Chester and Mary Travis were Christian & Missionary Alliance missionaries to French Indo-China (today known as Viet Nam) between 1925-1975. They experienced an abundant measure of Christ’s indwelling and overflowing life. One of the aims o...

The Dressmaker of Khair Khana
by Gayle Tzemach Lemmon