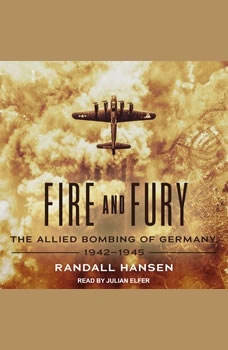 During the Second World War, Allied air forces dropped nearly two million tons of bombs on Germany, destroying some 60 cities, killing more than half a million German citizens, and leaving 80,000 pilots dead. But the terrible truth is that much of the bombing was carried out against the expressed demands of the Allied military leadership, leading to the needless deaths of hundreds of thousands of civilians. Focusing on the crucial period from 1942 to 1945, Fire and Fury tells the story of the American and British bombing campaign through the eyes of those involved: the military and civilian command in America, Britain, and Germany, the aircrews in the skies who carried out their orders, and civilians on the ground who felt the fury of the Allied attacks. Here, for the first time, the story of the American and British air campaigns is told—and the cost accounted for . . .