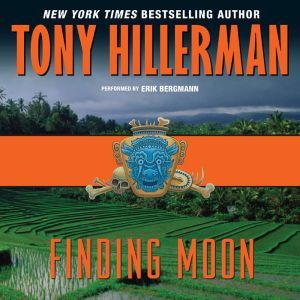 Tony Hillerman's bestselling Navajo mysteries have thrilled millions of readers with their taut, intricate plotting, sensitive, subtle characterizations and lyrical evocations of landscapes and cultures. Now he departs his trademark terrain and applies his talents to a story he has wanted to tell for decades about an ordinary man thrust into total chaos.Until the telephone call came for him on April 12, 1975, the world of Moon Mathias had settled into a predictable routine. He knew who he was. He was the disappointing son of Victoria Mathias, the brother of the brilliant, recently dead Ricky Mathias and a man who could be counted on to solve small problems. But the telephone caller was an airport security officer, and the news he delivered handed Moon a problem as large as Southeast Asia.His mother, who should be in her Florida apartment, is fighting for her life in a Los Angeles hospital -- stricken while en route to the Philippines to bring home a grandchild they hadn't known existed. The papers in her purse send Moon into a world totally strange to him. They lure him down the back streets of Manila, to a rural cockfight, into the odd Filipino prison on Palawan Island and finally across the South China Sea to where Pol Pot's Khmer Rouge is turning Cambodia into killing fields and Communist rockets are beginning to fall on the outskirts of Saigon.Finding Moon is many things: a latter-day adventure epic, a deftly orchestrated romance, an arresting portrait of an exotic realm engulfed in turmoil, and a neatly turned tale of suspense. Most of all, it is a singular story of how a plain, uncertain man finds his best self.