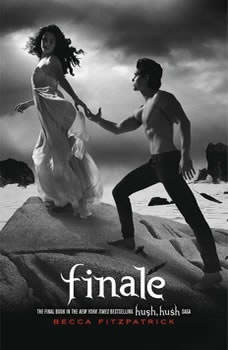 Fates unfurl in the gripping conclusion to the New York Times bestselling Hush, Hush saga.Nora is more certain than ever that she is in love with Patch. Fallen Angel or no, he is the one for her. Her heritage and destiny may mean that they will always be enemies, but there is no turning her back on him. And yet their biggest challenge lies ahead. Can their love survive a seemingly insurmountable divide? The lines are drawn, but it’s unclear which sides have been taken. And in the end, will there be enough trust left to rebuild what has been broken?

This special audiobook of the classic he-said-she-said romantic comedy includes essays written and read by Wendelin Van Draanen.   The first time she saw him, she flipped. The first time he saw her, he ran. That was the second grade, but not m...

A summer in Italy turns into a road trip across Tuscany in this sweeping debut novel filled with romance, mystery, and adventure. Lina is spending the summer in Tuscany, but she isn't in the mood for Italy's famous sunshine and fairy-tale landscape...

“This was the place where everything was supposed to be safe and easy. No one tried to get involved with me, and I kept to myself. How could Evan Mathews unravel my constant universe in just one day?” In the affluent town of Weslyn, Con...

In the beginning, there's a boy standing in the trees . . . .Clara Gardner has recently learned that she's part angel. Having angel blood run through her veins not only makes her smarter, stronger, and faster than humans (a word, she realizes, that...

Nora Grey is responsible and smart and not inclined to be reckless. Her first mistake was falling for Patch. Patch has made countless mistakes and has a past that could be called anything but harmless. The best thing he ever did was fall for Nora. A...