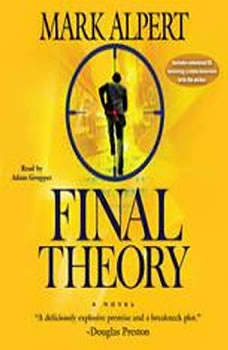 Columbia University professor David Swift is called to the hospital to comfort his mentor, a physicist who's been brutally attacked. With his last words, the dying man gives his former pupil a seemingly random string of numbers that could hold the key to Einstein's last and greatest secret. Einheitliche Feldtheorie. The Theory of Everything. Einstein's proposed Unified Theory -- a set of equations that could explain all the forces of nature -- would have revolutionized our understanding of the universe. But Einstein never discovered it. Or did he? Within hours, David is arrested by the FBI and taken to a secret interrogation center. But the FBI isn't the only faction pursuing Einstein's long-hidden theory. A Russian mercenary wants to force David to talk -- and he will do whatever it takes. On the run for his life, David teams up with an old girlfriend, a brilliant Princeton scientist, and frantically tries to piece together Einstein's final theory to reveal its staggering consequences. We used E=mc2 to build the atom bomb....What could we do with the key to creation? Seamlessly weaving real science, history, and politics with an intriguing love story, Final Theory expertly combines fact and fiction with nonstop heart-pounding action in a plot that will have you riveted until its explosive end.