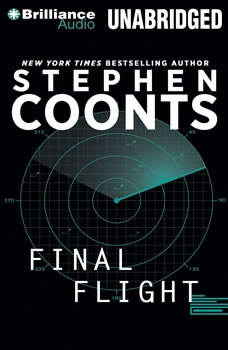 After a particularly long cruise, the USS United States is in port in Naples and her crew is enjoying its first liberty in months. But something's not right. Several crew members have not reported back from their leave and a beautiful American reporter who boarded the United States in Tangiers may not be a reporter, or even an American. When one of Jake's men, in a hotel in Naples, witnesses an assassination attempt led by this woman, Grafton realizes the situation is much more serious than he suspected. What he doesn't know is that Colonel Qazi, an international terrorist, plans to board the United States and steal six nuclear weapons from her heavily guarded arsenal. Nor does he know that the plot is being financed by El Hakim, the power-hungry leader of an oil-rich Arab state. And most important, he doesn't know he, Jake, past forty and recently grounded by night blindness, is the only one who can stop Qazi, in one man-to-man aerial dogfight, one "final flight."