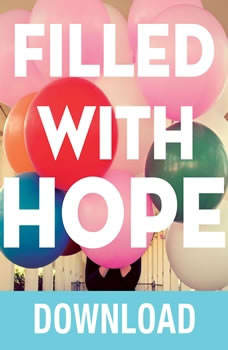 Filled with Hope: Turning Doubt and Discouragement into Confident Expectation and Daily Amazement

God wants you to be filled with hope. But how do you hang on to it through disappointment, tragedy and bad news? With her blend of humor, insight and practical wisdom rooted in God’s Word, Joyce shows you how to foster a “prisoner” of hope attitude.