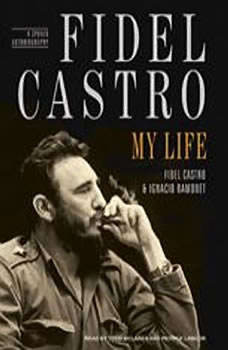 For decades, people have tried to persuade the leader of the Cuban Revolution to tell his own life story. Ignacio Ramonet, the celebrated editor in chief of Le Monde diplomatique, has finally succeeded. For the first time, in a series of extensive and probing interviews, Fidel Castro describes his life from the 1950s to the present day. In frank and compelling detail, he discusses his parents and his childhood, his earliest influences, the beginnings of the revolution, his relationship with Che Guevara, the drama of the Bay of Pigs and the Cuban Missile Crisis, the Jimmy Carter years, Cuban migration to the United States, his dealings with successive American presidents from Dwight D. Eisenhower to George W. Bush, and his relationship with such controversial leaders as Saddam Hussein and Hugo Chavez. Along the way, Ramonet challenges Castro to discuss his views on a number of controversial questions, from human rights and freedom of the press to the repression of homosexuality and the survival of the death penalty in Cuba. This book will stand as the definitive record of an extraordinary life lived in turbulent times.