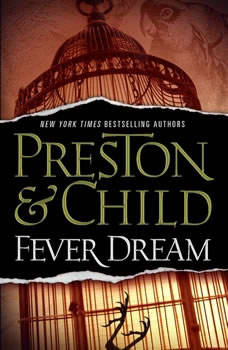 Yesterday, Special Agent Pendergast still mourned the loss of his beloved wife, Helen, who died in a tragic accident in Africa twelve years ago.Today, he discovers she was murdered.Tomorrow, he will learn her most guarded secrets, leaving him to wonder: Who was the woman I married? Why was she murdered? And, above all . . . Who murdered her?FEVER DREAMRevenge is not sweet: It is essential.

The Burning Room
by Michael Connelly

A special signed limited edition of the new thriller from #1 New York Times bestselling author Michael Connelly follows Detective Harry Bosch and his new partner as they investigate a recent murder where the trigger was pulled nine years earlier.In...

Rene Auberjonois gives another outstanding performance reading Fever Dream! Angry and confused FBI agent Aloysius Pendergast and his friend NYPD Homicide Lt. Vincent D'Agosta are on an emotionally charged case. Who murdered Helen Pendergast more than 12 years ago? Pendergast and D'Agosta travel from Africa to the Louisiana bayous trying to find out about Helen while trying not to get killed! At the end of this book you will positively be saying, I can't wait until the next Agent Pendergast book comes out! FBI Agent Pendergast is a Southern Gentleman, who looks like an Undertaker, but acts like James Bond and he makes his own rules. Of all the books written by Douglas Preston and Lincoln Child, the ones featuring Agent Pendergast are my favorite. Action, Adventure, Mystery, Thrills, Suspense, Drama, all of these are in each Agent Pendergast book. For more detailed info on this book, please see above. Wouldn't want to spoil the story for anyone.