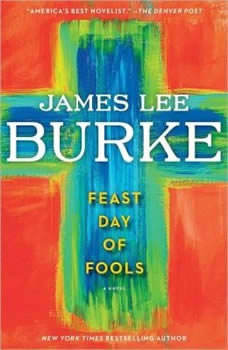 Sheriff Hackberry Holland patrols a small Southwest Texas border town with a deep and abiding respect for the citizens in his care. Still mourning the loss of his cherished wife and locked in a perilous almost-romance with his deputy, Pam Tibbs, a woman many decades his junior, Hackberry feeds off the deeds of evil men to keep his own demons at bay. When alcoholic ex-boxer Danny Boy Lorca witnesses a man tortured to death in the desert and reports it, Hack's investigation leads to the home of Anton Ling, a regal, mysterious Chinese woman whom the locals refer to as La Magdalena and who is known for sheltering illegals. Ling denies having seen the victim or the perpetrators, but there is something in her steely demeanor and aristocratic beauty that compels Hackberry to return to her home again and again as the investigation unfolds. Could it be that the sheriff is so taken in by this creature who reminds him of his deceased wife that he would ignore the possibility that she is just as dangerous as the men she harbors? The danger in the desert increases tenfold with the return of serial murderer Preacher Jack Collins, whom The New York Times called "one of Burke's most inspired villains." Presumed dead at the close of Rain Gods, Preacher Jack has reemerged with a calm, single-minded zeal for killing that is more terrifying than the muzzle flash of his signature machine gun. But this time he and Sheriff Holland have a common enemy. Praised by Joyce Carol Oates for "the luminosity of his writerly voice," James Lee Burke returns with his most allegorical novel to date, illuminating vital issues of our time'immigration, energy, religious freedom'with the rich atmosphere and devastatingly flawed, authentic characters that readers have come to celebrate during the five decades of his brilliant career.