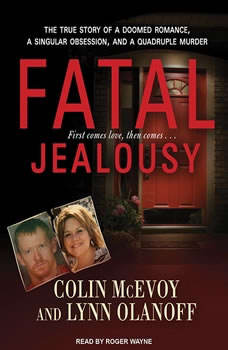 Fatal Jealousy: The True Story of a Doomed Romance, a Singular Obsession, and a Quadruple Murder

June 26, 2010. A Pennsylvania state trooper witnesses a car speeding and crashing into trees. Stopping to help, he finds that the driver, Michael Ballard, is alive—and drenched in blood. When asked what happened, the man answers, "I just killed everybody." Not far from the accident, police make a gruesome discovery. In the home of Michael's ex-girlfriend, Denise Mehri, they find four bodies that had been stabbed repeatedly with a knife: Denise, on the kitchen floor; her grandfather, in his wheelchair; her neighbor; and her father, in a room with a blood-smeared obscenity painted on the wall. How could anyone do something so horrendous? Michael had already been convicted of murder, sent to prison when he was only eighteen. Despite several incidents of misconduct during his time in prison, he was found suitable for parole shortly after his minimum sentence lapsed. But this time, his deadly rampage would not be so easily pardoned.