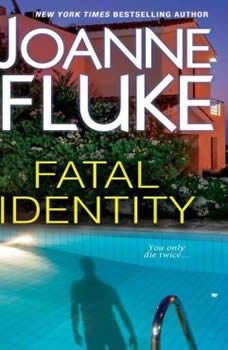 Two Women. One Nightmare. Except for their gorgeous faces, identical twins Mercedes and Marcie Calder are nothing alike. Mercedes is a movie star in L.A. with a sexy husband, two beautiful children, and an exciting, glamorous lifestyle; Marcie is an art teacher in Minnesota with a shy disposition and a quiet life alone. But when Mercedes is found dead--mysteriously drowned in her swimming pool--Marcie is the only person who can step into her shoes and finish her latest movie. On a Hollywood sound stage, she will take on her sister's greatest role. In her Beverly Hills mansion, she will play mother to her children. In her sister's bed, she will make love to her husband. But there is one part of Mercedes' life that Marcie isn't prepared for--until it's too late. . . A deranged psychopath is hiding in the wings. Watching her every move. Waiting for his chance to kill. . .and kill again.