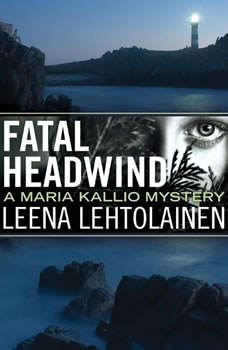 After months of maternity leave, tough-talking Espoo police detective Maria Kallio is ready to return to work. But before assuming her new post as head of the Violent Crime Unit, she vacations with her husband and daughter on the island of Rödskär. There Kallio learns that, one year earlier, her ex-boyfriend Harri had mysteriously fallen to his death from the isle’s steep and treacherous cliffs.On the anniversary of that event, Harri’s boss, the CEO of an allegedly nontoxic paint company, loses his life on those very same rocks. In light of such a coincidence, Kallio searches for the link between these two tragedies and is soon convinced that they weren’t accidents—they were murders. As the Finnish nights grow longer, so too does the list of suspects. Was the CEO’s disillusioned wife involved? His environmental-activist son? Or perhaps his rebellious daughter? Or might the culprit be his half brother, an adventurous sailor whom Kallio finds altogether a little too intriguing?From internationally bestselling Finnish author Leena Lehtolainen comes the sixth book of the gripping Maria Kallio Mystery series.