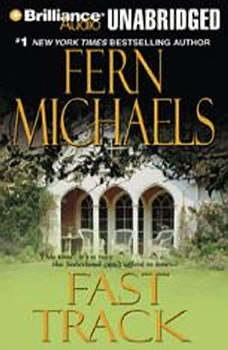 It’s been years since the members of the Sisterhood first banded together, with the help of their mentor Charles Martin, to exact their own form of justice on those whose crimes had gone unpunished by the legal system. Now, back in the United States after an enforced exile, and ensconced in a new home on Big Pine Mountain in North Carolina, Myra, Kathryn, Annie, Alexis, Isabelle, Yoko, and Nikki are breathing easy at last – but not for long. One dark night, under cover of a vicious storm, a helicopter lands on their mountain. The Sisters aren’t about to wait to be ambushed. Braving the storm, they set out to greet their guests, only to be told by Charles that the mysterious visitors are the Sisterhood’s new employers, and they’ve got a dangerous new assignment in mind. The task they face is daunting. If they succeed, the Sisterhood will be rewarded beyond their wildest dreams. If they fail, they’ll forfeit much more than a paycheck. But if the Ladies of Pinewood have learned one thing over the course of their adventures, it’s that when friends band together, miracles can happen… “Revenge is a dish best served with cloth napkins and floral centerpieces…fast-paced…puts poetic justice first.” – Publishers Weekly on Payback “An unforgettable story.” – Rendezvous on Weekend Warriors

In an uptown strip joint, a cop is found bludgeoned to death. The weapon’s a baseball bat. The motive’s a mystery. It’s a case of serious overkill that pushes Eve Dallas straight into overdrive. Her investigation uncovers a private...

Opening night at New York's New Globe Theater turns from stage scene to crime scene when the leading man is stabbed to death center stage. Now Eve Dallas has a high profile, celebrity homicide on her hands. Not only is she lead detective, she's also...

When club-hopping bad girl Tiara Kent is found dead in her plush Manhattan apartment, the killing has all the earmarks of a vampire attack. The ever-practical Lieutenant Eve Dallas has to deal with superstitious cops carrying garlic and stakes, as w...