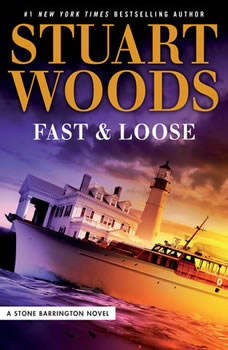 Stone Barrington is enjoying a boating excursion off the Maine coast when a chance encounter leaves him somewhat the worse for wear. Always able to find the silver lining in even the unhappiest circumstances, Stone is pleased to discover that the authors of his misfortune are, in fact, members of a prestigious family who present a unique business opportunity, and who require a man of Stone’s skills to overcome a sticky situation of their own.

The acquaintance is fortuitous indeed, for as it turns out, Stone and his new friends have an enemy in common. He’s the sort of man who prefers force to finesse, and who regards any professional defeat as a personal and intolerable insult. And when Stone’s sly cunning collides with his adversary’s hair-trigger-temper, the results are sure to be explosive...