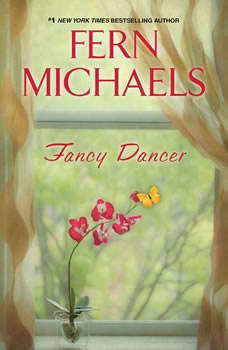 A powerful, poignant novel of love, redemption, and family secrets from the incomparable #1 New York Times bestselling author Fern Michaels.…On his thirty-fifth birthday, Jake St. Cloud inherits a fortune—and learns the whereabouts of his mysterious half-brother. On her deathbed, Selma St. Cloud revealed that Jake had a sibling, a product of his father's affair. At last, Jake is in a position to track down Alex Rosario and make amends for their father's past neglect.When their initial meeting goes badly, a distraught Jake crashes his car and is sentenced to community work—with Alex as his parole officer. Jake must spend a year helping Angelica Dancer and her daughter, Fancy, at the Dancer Foundation for neglected children. Fancy, scarred by the accident that ended her ballet career, is even less happy with the arrangement than Jake. Yet as they're all thrown together, unexpected connections help Jake realize that his mother's greatest gift to him lies not in his inheritance, but in the future, and the family, he's slowly piecing together.…"Michaels' latest is sure to capture the hearts of its readers, even while tickling their funny bones." —Booklist on The Blossom Sisters"Michaels just keeps getting better and better with each book.… She never disappoints." —RT Book Reviews, 4 Stars on Forget Me Not