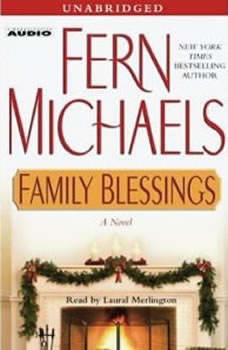 Fern Michaels, the New York Times bestselling author of Late Bloomer and Crown Jewel, presents a passionate and heartwarming novella that will delight and inspire listeners every holiday season. Right before Thanksgiving, a freak tornado descends on Larkspur, the small town in Pennsylvania's Allegheny Mountains where matriarch and candy magnate Loretta Cisco -- affectionately called "Cisco" by her grandchildren -- lives, and levels the home she's inhabited for fifty years. Then there's more bad news: Cisco's beloved triplet grandchildren -- Hannah, Sara, and Sam -- all newlyweds, are experiencing marital problems but they refuse to confide in their grandmother. Sam's wife Sonia has left him and Hannah and Sarah fear that their husbands are having affairs. Why else would they be coming home so late every night and keeping secrets? As the citizens of Larkspur help to rebuild Cisco's home in time for Christmas, she vows to work a holiday miracle that will hold her family together.