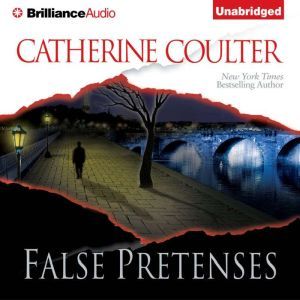 Dear Listener: False Pretenses was not only my first contemporary suspense novel, but was also my first hardcover, published in October 1988. It came out the following May in paperback. Meet Elizabeth Carleton, a fascinating woman who is not only a famous concert pianist, but is also married to a wealthy international business tycoon, Timothy Carleton. She is the envy of all until her perfect life falls apart literally in a heartbeat: Timothy Carleton is stabbed in the chest with an ice pick and Elizabeth is accused of his murder. Things rapidly go from bad to worse until a surprise witness appears to give her an airtight alibi. The jury finds her not guilty. The only thing is: She’s never met the man who testified on her behalf. What does he want? There is also her late husband’s family, who are out to destroy her. On top of everything else, Elizabeth is expected to take over the financial empire her husband left behind. Then three men suddenly appear in her life. Can she trust any of them? Or is one of them a murderer? I hope this story will have you turning each dark corner with Elizabeth to see who’s there to do her in. Let me know what you think. Catherine Coulter