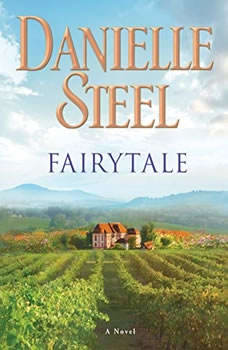 The perfect book for the holidays: Cinderella set amid the wine-making estates of modern-day Napa Valley, complete with an evil Parisian stepmother. Deeply in love, Christophe and Joy Lammenais built Chateau Lammenais into a small but renowned Napa Valley winery and an idyllic home where they raised their beloved daughter, Camille, who takes on increasing responsibilities for the estate they all treasure. But after Joy's early death from breast cancer just after Camille's graduation from Stanford, a lonely Christophe soon falls prey to the machinations of a sophisticate from his native France-who moves, with her two reprobate sons, to consolidate her power over Camille and the property when Christophe is killed in a plane crash. With a French "fairy godmother" on the scene, however, the son of a neighboring vintner to assist, and a grand Harvest Ball on the horizon, lovely Camille may make some potent magic of her own..