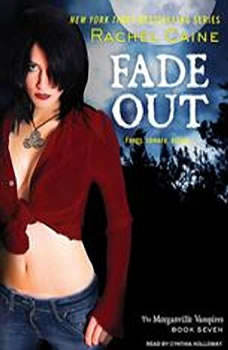 Without the evil vampire Bishop ruling over the town of Morganville, the resident vampires have made major concessions to the human population. With their newfound freedoms, Claire Danvers and her friends are almost starting to feel comfortable again. Now Claire can actually concentrate on her studies, and her friend Eve joins the local theater company. But when one of Eve's castmates goes missing after starting work on a short documentary, Eve suspects the worst. Claire and Eve soon realize that this film project, whose subject is the vampires themselves, is a whole lot bigger—and way more dangerous—than anyone suspected.

Morganville, Texas, is a small college town filled with quirky characters. But when the sun goes down, the bad come out. Because in Morganville, there is an evil that lurks in the darkest shadows—one that will spill out into the bright light o...

While developing a new system to maintain Morganville's defenses, student Claire Danvers discovers a way to amplify vampire mental powers. Through this, she's able to reestablish the field around this vampire-infested Texas college town that protect...

Lord of Misrule
by Rachel Caine

In the college town of Morganville, vampires and humans have coexisted in (relatively) bloodless harmony...until the arrival of Bishop, a master vampire who threatens to put the evil back in evil undead and smash the fragile peace. But Bishop isn't ...

Feast of Fools
by Rachel Caine

In the college town of Morganville, vampires and humans have learned to live in relative peace. Still, students like Claire Danvers know that after dark, studying can take a backseat to staying alive. But the tenuous good-neighbor policy is really t...