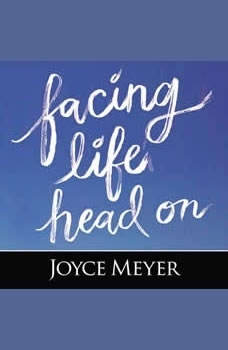 Have you ever wanted to run away from a situation in life? Well, you’re not alone! Just ask Abraham, Moses, David, or Jonah—great men of God who struggled with either running away or hiding from painful issues. What did they run from? Fear, failure, people…themselves. However, God’s lesson for them (and us) is simple: The way to make progress and achieve our dreams is to keep moving forward and address life’s issues head-on. In this series, Joyce teaches how to: Address painful situations from the past; Overcome fear and live with confidence; Lovingly confront people who are manipulative or controlling; Avoid the traps of making excuses and blaming others; Gain freedom through facing the truth about yourself. As you work with God, there’s nothing—not people, the past, or even your mistakes—that can hold you back from the great future He has planned. So, don’t run, hide, give up, or go back! Let God help you face life head-on…and move forward with new confidence and freedom.