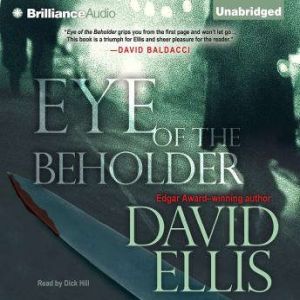 Eye of the Beholder

Attorney Paul Riley has built a lucrative career on his famous prosecution of Terry Burgos, a serial killer who emulated the lyrics of a violent song to gruesomely murder six girls, including the daughter of billionaires Harland and Natalia Bentley. Now, fifteen years later, the police are confronted with a new series of murders - and the grisly second verse to the song. Riley is the first to realize that the two cases are connected and that the line between copycat and cover-up has been blurred. But as the murderer’s list of victims becomes less random and more personal, Riley finds himself at the center of a police task force as both an investigator and a suspect. As the layers encasing the mystery unravel, old deceptions emerge with dangerous new consequences. Driven by his own fear that he may have overlooked something crucial during the investigation years ago - and worse yet, the possibility that he is responsible for the execution of an innocent man - Riley sifts through fifteen years of lies in order to uncover the truth. But what he discovers along the way is that the killer isn’t the only one who wants to keep the past buried.