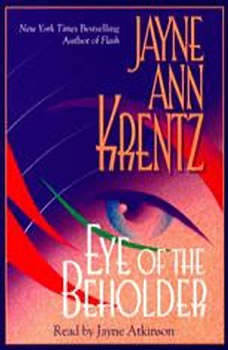 Eye of the Beholder

Alexa Chambers has a flair for style, an eye for art -- and a reputation in tatters. An expert in Art Deco, she blew the whistle on an employer who was selling fakes to wealthy clients. Her payoff? No job and no prospects. Now she runs a shop in her hometown of Avalon, Arizona -- a hot spot for crystal devotees and sunset gazers. But gutsy, energetic Alexa has no intention of sitting still. She's ready to take risks to rebuild her career...and she secretly consults on an exquisite deco collection being installed at the new Avalon Resorts. Her scheme might just work -- if she can steer clear of the resort's owner, the enigmatic and possibly dangerous J. L. Trask.Alexa was a scared teenager the last time she saw Trask, the man who accused her stepfather of murder. Insisting his dad's fatal car crash had been no accident, Trask vowed one day he'd come back to Avalon for revenge. Now, twelve years later, their meeting is inevitable. Their attraction is immediate. And their chances of bliss are infinitesimal.Trask wants to piece together the past with Alexa's help -- and get closer to this dazzling deco diva. Alexa wants to protect her family -- and figure out Trask's real motivations. But when a killer emerges from the shadows, they have no choice but to team up to solve a deadly crime from long ago.