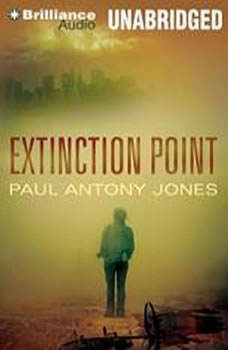 First comes the red rain: a strange, scarlet downpour from a cloudless sky that spreads across cities, nations, and the entire globe. In a matter of panicked hours, every living thing on earth succumbs to swift, bloody death. Yet Emily Baxter, a young newspaper reporter, is mysteriously spared—and now she’s all alone.But watching the happy life she built for herself in New York City slip away in the wake of a monstrous, inexplicable plague is just the beginning of Emily’s waking nightmare. The world isn’t ending; it’s only changing. And the race that once ruled the earth has now become raw material for use by a new form of life never before seen…on this planet.With only wits, weapons, and a bicycle, Emily must undertake a grueling journey across a country that’s turning increasingly alien. For though she fears she’s been left to inherit the earth, the truth is far more terrifying than a lifetime of solitude.