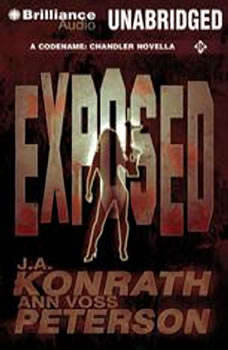 She's an elite spy, working for an agency so secret only three people know it exists. Trained by the best of the best, she has honed her body, her instincts, and her intellect to become the perfect weapon.Codename: ChandlerBefore special operative Chandler was forced to Flee, she executed the most difficult missions—and most dangerous people—for the government. So when she’s tasked with saving a VIP’s daughter from human traffickers, Chandler expects the operation to be by the numbers…until she uncovers a secret that will endanger the entire population of New York City, and possibly the world.ExposedDeath is in her blood.