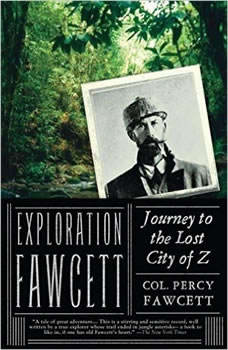 Exploration Fawcett: Journey to the Lost City of Z

This is the true story of the real Colonel Fawcett, whose life was the inspiration for the bestselling book The Lost City of Z and an upcoming movie starring Brad Pitt. A thrilling account, it tells of Colonel Fawcett and his mysterious disappearance in the Amazon jungle, which is now considered one of the greatest mysteries of the twentieth century.

The mystic and legendary British explorer Lt. Col. Percy Harrison Fawcett disappeared in the unknown and unexplored territory of Brazils Mato Grosso in 1925. For ten years he had wandered the forests and deathfilled rivers in search of a fabled lost city. Finally, convinced that he had discovered the location, he set out for the last time with two companions, one of whom was his eldest son, to destination Z, never to be heard from again. This thrilling and mysterious account of Fawcetts ten years of travels in deadly jungles and forests in search of a secret city was compiled by his younger son from manuscripts, letters, and logbooks. What happened to him after remains a mystery.