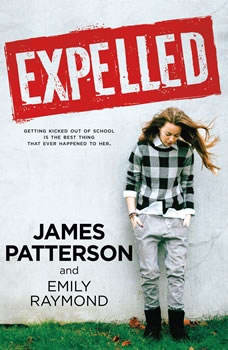 One viral photo.Four expelled teens.Everyone's a suspect.Theo Foster's Twitter account used to be anonymous--until someone posted a revealing photo that got him expelled. No final grade. No future. No fair.Theo's resigned to a life of misery working at the local mini-mart when a miracle happens: Sasha Ellis speaks to him. Sasha Ellis knows his name. She was also expelled for a crime she didn't commit, and now he has the perfect way to get her attention: find out who set them up.To uncover the truth, Theo has to get close to the suspects: the hacker, the quarterback, the mean girl, the vice principal, and his own best friend. What secrets are they hiding? And how can Theo catch their confessions on camera?

The Lake
by Natasha Preston

She's Too Pretty to Burn
by Wendy Heard

The Project
by Courtney Summers