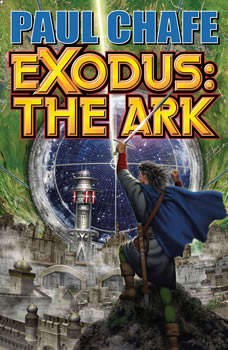 The gigantic starship Ark was launched on a voyage of ten thousand years from an Earth on the brink of collapse. The Prophetsy, a theocracy based on slavery and terror, has ruled over most of the Ark for longer than anyone now living can remember, and it has just succeeded in conquering the few remaining free regions of the ship. Danil has been a slave since he was a young boy, but his spirit has never been broken, and his keen mind sees ways that the theocracy might be overthrown and envisions new weapons that could achieve that victory. Annaya is the daughter of the Prophet Polldor, undisputed ruler of the Prophetsy. To her father, she is only a pawn, to be married off to a powerful ally. But she is determined that will not happen, even if she has to somehow overthrow both her father and the Prophetsy itself. Olen, the Prophet's son, is anxious to become the next Prophet. He will cooperate in his sister's plans as long as he thinks they will lead to his assuming the throne and gaining absolute power, but he is a more dangerous ally than Annaya realizes. Even if they restore freedom to their artificial world, can they discover the nature of that world, and regain the knowledge necessary for the successful completion of its mission?

The Autobiography of Kathryn Janeway
by Una McCormack