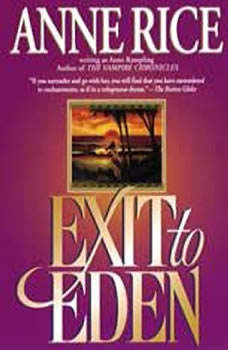 We all dream of the forbidden but some of us make those dreams come true . . . .

With the same mystery, menace and intensity as her Vampire books, Exit to Eden explores the forbidden by taking us The Club, a vacation paradise where no aspect of sexual pleasure is taboo. Just as The Story of O shocked the Sixties by speaking about what had only been whispered, Exit to Eden gives voices to the sexual secrets of the Eighties.