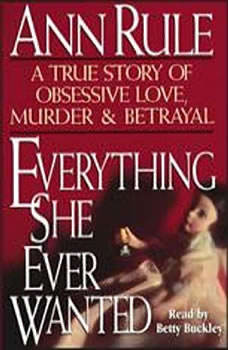 Everything She Ever Wanted

ANN RULE'S BLOCKBUSTER BESTSELLER AT A NEW LOW PRICE! EVERYTHING SHE EVER WANTED Read by Betty Buckley A TRUE LOVE STORY OF OBSESSIVE LOVE, MURDER AND BETRAYAL Pat was a beautiful, willful child whose family belonged to the upper crust of Georgia society. Little Pat's parents adored their daughter and satisfied her every desire. But as Pat grew older, her pampered life took a twisted turn when she found that her beauty and spoiled demands were not enough. Now, to get everything she ever wanted, she would resort to lying, deception, robbery, and worse. Ann Rule uses her characteristic insight and exclusive access to the facts to create a gripping portrait of that rarity in crime -- a female sociopath.

The Bluegrass Conspiracy
by Sally Denton