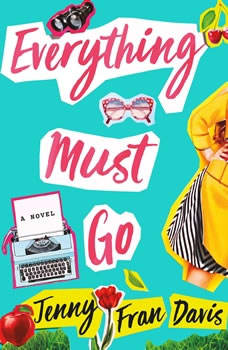 This warm, lighthearted audiobook debut from Jenny Fran Davis will bring a smile to every listener's face.Flora Goldwasser has fallen in love. She won't admit it to anyone, but something about Elijah Huck has pulled her under. When he tells her about the hippie Quaker school he attended in the Hudson Valley called Quare Academy, where he'll be teaching next year, Flora gives up her tony upper east side prep school for a life on a farm, hoping to woo him. A fish out of water, Flora stands out like a sore thumb in her vintage suits among the tattered tunics and ripped jeans of the rest of the student body. When Elijah doesn't show up, Flora must make the most of the situation and will ultimately learn more about herself than she ever thought possible. Told in a series of letters, emails, journal entries and various ephemera, Jenny Fran Davis's Everything Must Go lays out Flora's dramatic first year for all to see, embarrassing moments and all.