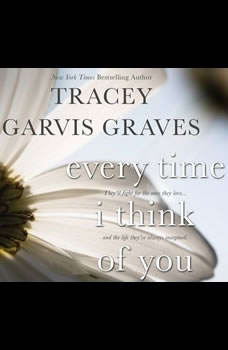 Every Time I Think of You

Thirty-year-old Daisy DiStefano has two people she holds dear: the grandmother who raised her, and her three-year-old son, Elliott. But when Daisy's grandmother is killed, Daisy must take steps to protect herself and her child. Thirty-six-year-old Brooks McClain has returned home to spend what little time his mother has left before she succumbs to a deadly disease. The seasoned investigative reporter has taken a position with the local newspaper and been on the job less than twenty-four hours when he's summoned to cover the death of Pauline Thorpe. Brooks is all business, but the more time he spends with Daisy, the more invested he becomes. And when the unthinkable happens, Brooks will do whatever it takes to clear the name of the woman he