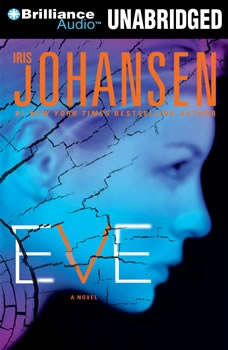 Eve Duncan’s mission in life is to bring closure to the families who have experienced the agony of a missing child. As a forensic sculptor, she is able to piece together bones, create a face, and match a name to a child who would have otherwise gone unidentified. Eve is brilliant, driven, and tormented - because her own daughter, Bonnie, was taken from her years ago. Now, with the help of CIA agent Catherine Ling, a startling piece of evidence is uncovered in the quest to find Bonnie, leading to a connection that had been all but buried. Catherine challenges Eve with a name: John Gallo, a man from Eve’s own past, seemingly raised from the dead, whose whereabouts are unknown. Could Gallo be the missing piece to the puzzle that has haunted Eve for years? Why was he in Atlanta just before Bonnie’s disappearance? And what kind of darkness was he hiding? With a brilliant narrative that exposes Eve Duncan’s early life, exploring her history and motivations like no other novel before, Eve reveals long-guarded secrets and is guaranteed to keep Johansen fans holding their breath for more.

Bet Me
by Jennifer Crusie