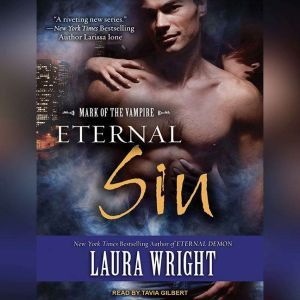 Series: Mark of the Vampire #6

The violent attack left Synjon destroyed and his lover dead—at the will of the evil vampire Cruen. Syn's passionate savior was Petra. When she became pregnant with his child, it should have been a blessing—until Syn vanished after discovering the truth: Petra was the daughter of the man he despised above all others. The daughter of Cruen. When Petra's health begins to decline, she contacts Syn to help save their baby. Though reluctant to see Petra, he cannot turn his back on his own innocent child. But night after night, as his feelings for Petra are rekindled, Syn becomes increasingly torn. Although everyone assumes that Cruen is dead, Syn is not convinced—and is still hell-bent on finding and destroying him once and for all. But will his thirst for vengeance keep him from seeing what is really worth living for before it is too late?

Mark of the Vampire Bundle 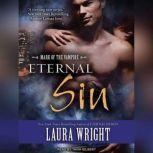 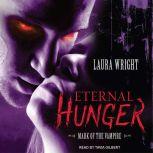 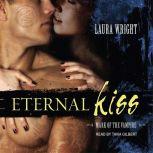 Eternal Sin
Mark of the Vampire #6

Eternal Hunger
Mark of the Vampire #1

Eternal Kiss
Mark of the Vampire #2