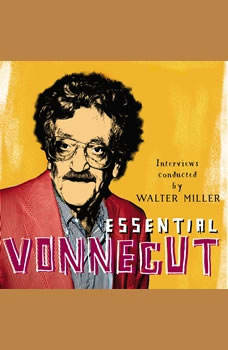 Over the course of Kurt Vonnegut's career as a writer, he sat down many times with radio host and interviewer Walter James Miller to conduct in-depth discussions of his work and the world. Now Caedmon has collected the best of these interviews on CD for the first time. This is the perfect audio collection for the Vonnegut fan who wants to understand the writer as he was, is, and will be.

The unbelievable true story of artist Thomas Kinkade, self-described Painter of Light, and the dramatic riseand fallof his billion-dollar gallery and licensing business He was just one man, but Thomas Kinkade ultimately made more money from his art...