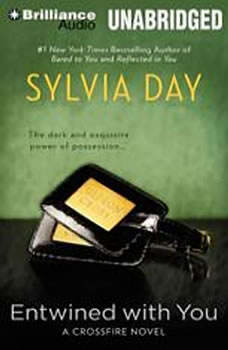 The worldwide phenomenon continues as Eva and Gideon face the demons of their pasts and accept the consequences of their obsessive desires.…From the moment I first met Gideon Cross, I recognized something in him that I needed. Something I couldn’t resist. I also saw the dangerous and damaged soul inside—so much like my own. I was drawn to it. I needed him as surely as I needed my heart to beat.No one knows how much he risked for me. How much I’d been threatened, or just how dark and desperate the shadow of our pasts would become.Entwined by our secrets, we tried to defy the odds. We made our own rules and surrendered completely to the exquisite power of possession.…Praise for the Crossfire Series “A steamy read that will have you furiously flipping pages.” —Glamour“A highly charged story that flows and hits the mark.” —Kirkus Reviews

Jacked Up
by Erin McCarthy

Eve Monroe is a stock-car PR pro who puts her career first—until an on-track wardrobe malfunction reveals more than the sexy smile of jackman Nolan Ford. The video's become an internet sensation, and it's Eve's job to calm the sponsors and put...

Entwined With You
Crossfire Series #3

Bared to You
Crossfire Series #1

Reflected in You
Crossfire Series #2