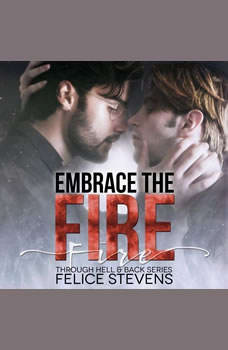 Brandon Gilbert has spent years in hiding, but he’s finally accomplished his dream of working as a public school teacher. When offered the chance to help bullied children, there was no way he could say no. Not to mention that meeting Dr. Tash Weber, the psychiatrist who helps them, a sad yet sexy older man, ignited a spark inside Brandon he’d never had before.Though five years have passed since the death of his lover, Dr. Sebastian "Tash" Weber has no interest in relationships or love. But young, enigmatic Brandon awakens his heart and his desire. Despite Tash’s best efforts to push him away, Brandon unlocks the passion for life Tash thought he’d lost forever. Falling in love wasn’t part of the plan for either Brandon or Tash, but neither family disapproval nor self-doubts can stop them from embracing the fire that burns between them. And when Brandon returns home to fight for a future he never imagined possible, he and Tash discover that the one thing worth fighting for has been with them all along.