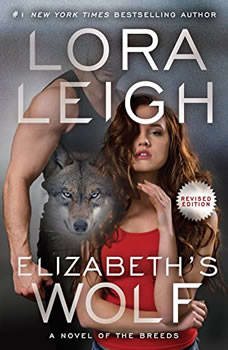 It's Elizabeth's Wolf as you've never seen it before-New York Times bestselling author Lora Leigh revisits one of her earliest Breeds novels in this revised and expanded edition. She brought him back from death and made him live again. Dash thought himself alone, a soldier, a fighting machine and no more. Elizabeth made him realize he was a man. Danger surrounds the woman his soul marked as his mate, death and blood and a treachery that goes beyond even his worst nightmares. But he will protect her and what she claims as her own. He was created to kill, trained to do it efficiently, and only a man bound to her, heart and soul, will have the strength to save Elizabeth and her prized possession. He was a lone wolf. A man alone. No pack, no family, no one to call his own until one single, innocent letter awoke Elizabeth's wolf.

Fourth in the New York Times bestselling series known for "blistering sexuality and eroticism." (Romance Reviews Today) Since he saw Janey Mackay taking a dip in her bikini, Major Alex Jansen has had to quell the fire she ignites in him. Even touchi...

In her deliciously steamy novellas, Lori Foster introduced the sinfully attractive-and sensual-Winston brothers. Now she continues their story-as sexy Zane Winston sets his roving eyes on the lady of his dreams. Zane Winston is used to fielding wome...

Follow #1 New York Times bestselling author Lora Leigh to uncover the secrets on the naughtiest boy of them all. "Leigh draws readers into her stories and takes them on a sensual roller coaster."-Love Romances Natches Mackay separated himself from h...