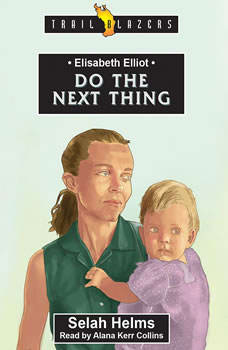 Elisabeth Elliot: Do the Next Thing

Although Elisabeth Elliot is possibly best known for her story of grief and the surname of her first husband, she has been a remarkable woman in many ways. From persevering after the untimely and tragic death of her husband, to becoming a notable writer and public speaker, Elisabeth Elliot is a true testament to the strength to be found in God.

Joni Eareckson is a well-known Christian speaker and author from America but there was a day when she was a teenage girl in a bathing costume with nothing on her mind but boys, make up and her beloved horse, Tumbleweed.However, all that changed one ...

If you've ever picked up a hymn book, the chances are that you've sung a song written by a blind girl - and not just any blind girl... Fanny Crosby. As a young child she knew nothing of the sighted world around her but that didn't stop h...

Elisabeth Elliot: Do the Next Thing
Trailblazers