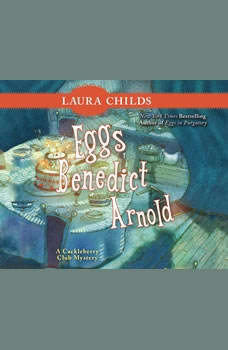 Suzanne, Toni, and Petra lost their husbands but found independenceand, in each other, a life raft of support, inspiration, fresh baked goods, and their own business. But when the Cackleberry Club cafe opened its doors in the town of Kindred, who'd have guessed that the three women would be working a double shift as amateur sleuths? When Suzanne stops by the local funeral home to deliver a pie to funeral director Ozzie Driesden, she discovers him not working at the embalming table but lying on it. She barely has time to recognize his corpse before she's drugged with chloroform. With more suspects than breakfast specials, the Cackleberry Club scrambles to crack the case before one of their own ends up six feet under.

Murder Runs in the Family
by Anne George

Anne George’s novels offer a delightful mix of gentle comedy and compelling mystery. Murder Runs in the Family finds two feisty 60-something sisters doing a little amateur sleuthing into the death of a visiting genealogist. Mary Alice has spar...

Murder Is Binding
by Lorna Barrett

The streets of Stoneham, New Hampsire are lined with bookstores...and paved with murder.When she moved to Stoneham, city slicker Tricia Miles met nothing but friendly faces. And when she opened her mystery bookstore, she met friendly competition. Bu...

Sprinkle with Murder
by Jenn McKinlay

Melanie Cooper and Angie DeLaura are finally living out their dream as the proud owners of the Fairy Tale Cupcakes bakery. But their first big client is a nightmare. She's a bridezilla who wants 500 custom cupcakes for her wedding. When Mel stumb...