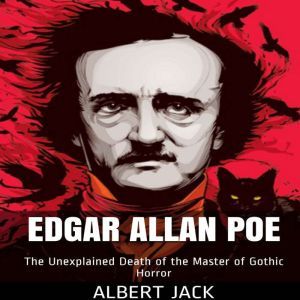 Edgar Allan Poe: The Unexplained Death of the Master of Gothic Horror

Edgar Allan Poe was a master of the macabre. He wrote horror stories, mysteries, poems, fiction and non-fiction. He was a master of suspense and the father of the modern detective stories.He had the likes of Sir Arthur Conan Doyle and Agatha Christie copying his format to create their own stories and is considered one of the most influential writers in history.However, his own untimely demise would prove to be the biggest mystery of all with detectives and fans from around the globe trying to discover what really happened to the master of mystery.And now his legion of fans can find out.Part of Albert Jack's Mysterious World Series