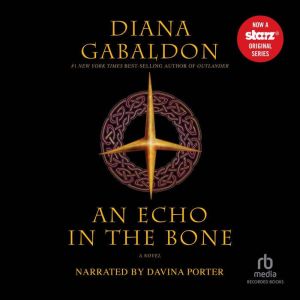 Echo in the Bone

This seventh novel in author Diana Gabaldon’s immensely popular Outlander saga takes listeners on a thrilling journey to 1777 America. Jamie Fraser knows from his time-traveling wife Claire that, no matter how unlikely it seems, America will win the Revolutionary War. But fighting for the eventual winner is no guarantee of safety. And worse still, the possibility of pointing a weapon at his own son—a young officer in the British army—haunts Jamie’s every thought.

So many of the pages in this book were wasted! I couldnt wait to finish and be done with this installment in the Outlander Series. There were too many war scenes. I felt I needed to have read the John Grey Series of books to truly understand what was happening with him and his MAJOR story line. And why wasnt more of the book dedicated to the four main timetravelers? I finally got excited in the last 150 pages but, I soon realized that the best part of this book was only a setup for her next book. I felt a small betrayal by a book written as a puff up of the authors ego. Nearly every character was left hanging in the air. Good thing I read this now and not when it came out to wait three years until the next book came. I love this whole series, but this book did not expand the main storyline. A whole lot of nothing significant happened excluding the part written as a justification for another book! 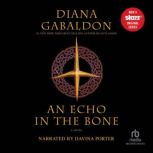 Echo in the Bone
Outlander #7